Terpene of the Month: Phellandrene 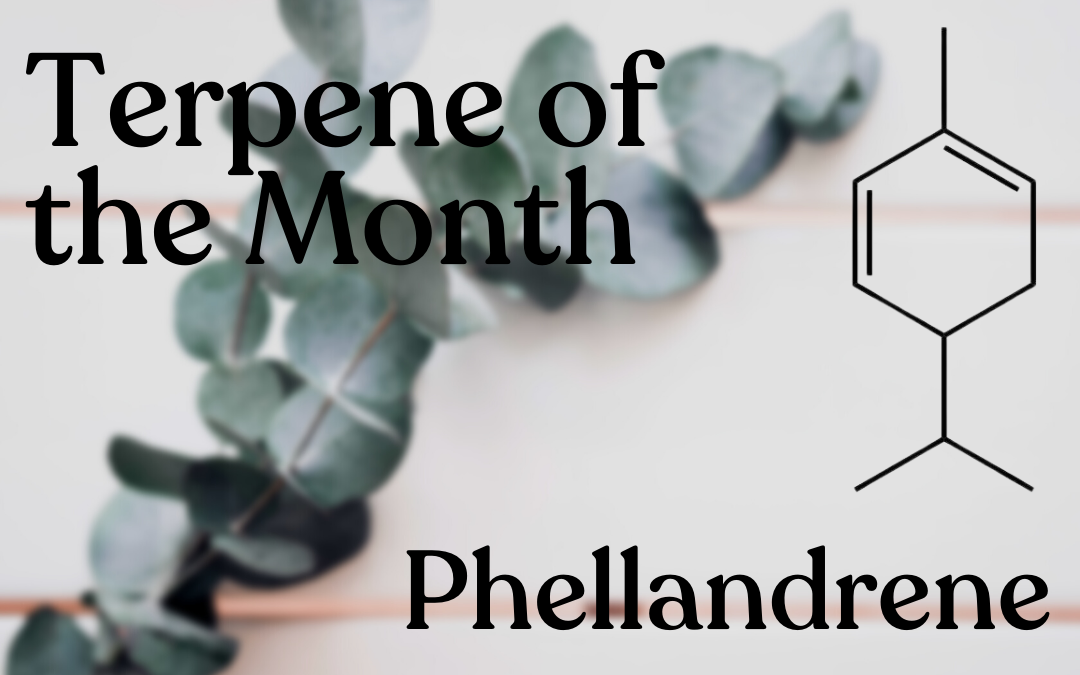 While there is still a lot of research to be done about this terpene, there is some information that we do know and can share with you.

Phellandrene consists of two compounds, alpha-phellandrene and beta-phellandrene, and they are mostly derived from eucalyptus plants. Phellandrene is found in most perfumes and colognes for its woodsy, citrusy scent.

There are some strains of cannabis where phellandrene is abundant, including Jack Herer and Trainwreck. Phellandrene is a common additive in most cosmetic products, due to its woodsy and citrusy scents. Phellandrene is found in nature in plants and herbs like mint, dill, pepper, eucalyptus, and cinnamon.

There have been many studies as to the effects of Phellandrene, but they have mostly been done on rodents. In rodents, phellandrene has been found to have antidepressant and anti-inflammatory qualities. This research does not tell us about human effects, which we hope to see in the near future.

Phellandrene is a mysterious terpene that requires more in depth research, and we hope to learn more about this terpene soon! Looking for strains with Phellandrene? Head on over to https://cometobask.com/menus.

Be The First To Hear About Our Sales!

When a sale runs, our inventory goes fast! Get ahead of the crowd by signing up to our email list and getting news delivered directly to your inbox.

You have Successfully Subscribed!