Cannabinoid of the Month: THC

With 420 right around the corner, we felt it was only logical to discuss everyone’s favorite cannabinoid: tetrahydrocannabinol or THC! Sure we all know that THC is the one that gets you baked, faded, wavy, high, whatever you want to call it but why has THC become so important to researchers over the last few decades?

THC and Its Effects

THC is one of the most commonly found chemical compounds in the cannabis plant. You can also hold this cannabinoid responsible for the psychoactivity you experience when consuming cannabis. The way THC creates a psychoactive effect is by interacting with the CB receptors in your endocannabinoid system (ECS). From there, THC begins communicating with specific parts of your brain sending that feeling throughout the rest of your body. The neurons affected by THC are directly linked to pleasure, memory, thinking, coordination, and time perception. This is what causes a sense of euphoria in the brain.

Over the last few years, CBD has been touted in the mainstream media as being a therapeutic or medicinal cannabinoid but in actuality, there are many cannabinoids and terpenes that are reported to offer therapeutic benefits. Many cannabis researchers are currently working to create more awareness surrounding the benefits of products that are full-spectrum or contain a variety of cannabinoids.

THC consumer reported benefits. This graphic is simply reporting consumer feedback and should not be used as medical advice.

Negative stereotypes associated with weed smokers are often perpetuated by the media and through films like Reefer Madness, which have painted a picture of stoners who are lazy and forgetful. However, scientific studies are finding that cannabis may act as a neuroprotectant that protects your brain cells. Some cannabis researchers also claim the plant may be helpful to those with Alzheimer’s in small doses to slow down the overall deterioration of the brain. 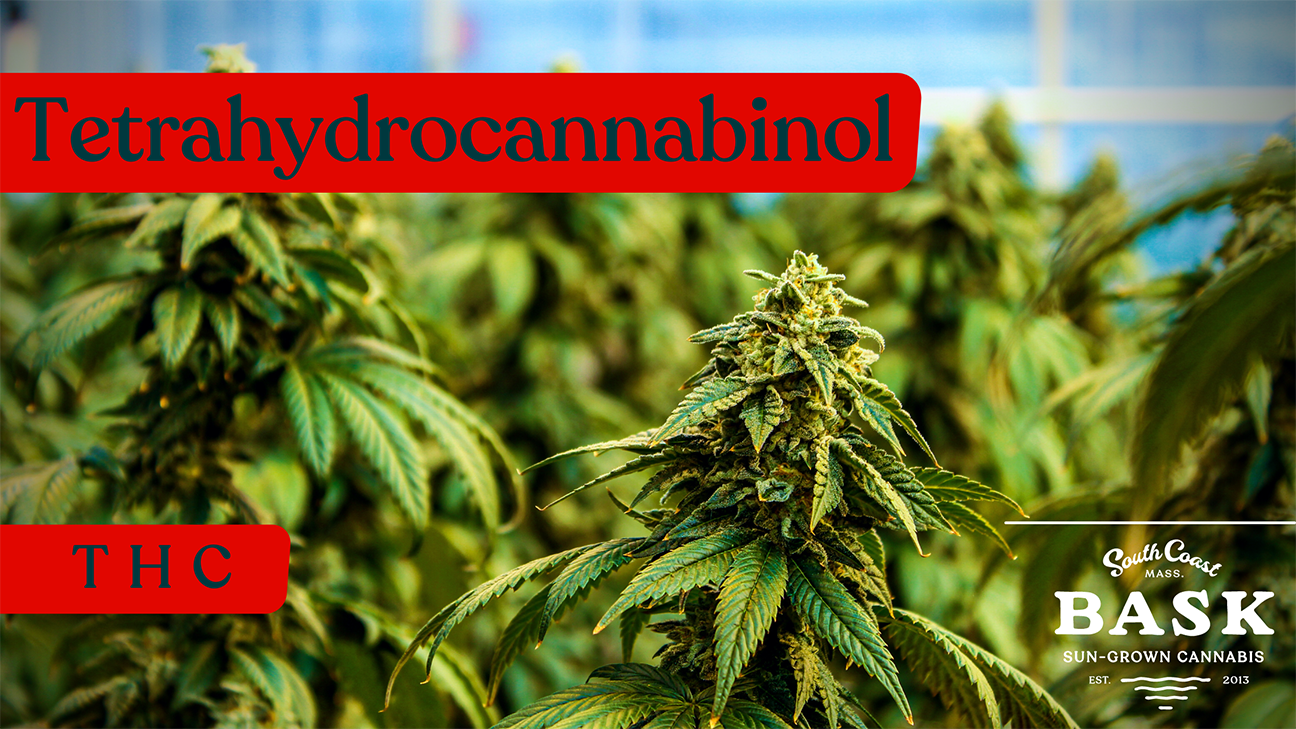 Long before cannabis was legal here in Massachusetts, discovered that cannabis may be able to kill bacteria that are otherwise immune to antibiotics, like MRSA, which causes wounds to remain open and exposed to other harmful bacteria.

Cannabis is a pretty amazing plant. Many folks around the country have opened up to CBD and its reported benefits, so it’s time to start encouraging the same conversation around THC. It won’t be long before we see states all over the country legalizing cannabis and people will be looking for answers from their peers and professionals alike. Join the conversation around ending the stigma with us at Bask!