Bask and the Last Prisoner Project 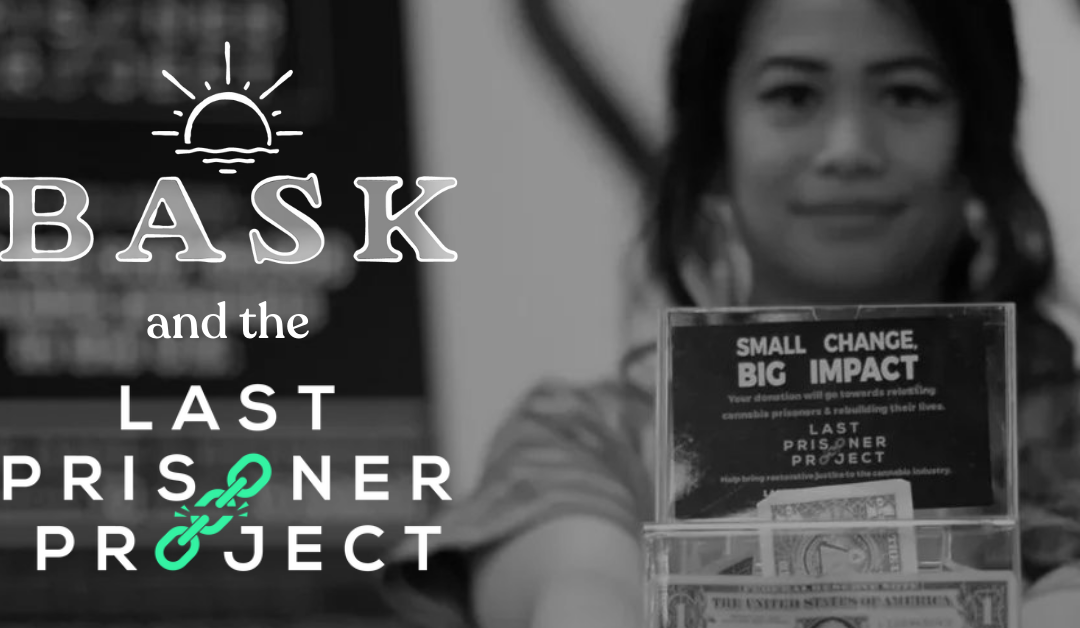 In Massachusetts, the sale of recreational marijuana was legalized in 2018; however, there is still much work to be done in regards to marijuana prison reform. In the United States, there have been 8.2 million arrests on cannabis charges, and of those, 88% have been for simply possessing cannabis. In Massachusetts, people of color are four times more likely to be arrested for marijuana possession than white people, a number slightly higher than the national average. With possession and regulated sales of marijuana now legal in 36 states across the US, one question remains.

“Why are there still people incarcerated for nonviolent cannabis crimes?”

The Last Prisoner Project, founded in 2019, has been working with cannabis industry leaders, criminal and social justice advocates, and leaders in criminal justice reform to end this injustice. Their mission is to free every last prisoner of the unjust war on drugs, starting with the estimated 40,000 individuals currently imprisoned for cannabis. But their efforts do not stop with the release of these individuals, the Last Prisoner Project is also dedicated to providing assistance with re-entry resources like financial, housing, and employment assistance.

Since February 2021, Bask has been collecting donations of spare change as part of the “Roll It Up for Justice” campaign with the Last Prisoner Project. With the generous support we’ve received from our customers and staff, we’ve raised over  $3,300 in donations over the last year.

These donations are put toward the Last Prisoner Project’s clemency initiative which works to release cannabis prisoners and helps them rebuild their lives post-incarceration. Since there is generally no right to post-conviction representation in the US, and since many lack the knowledge and skillset to seek clemency and other relief, the Cannabis Clemency Program is a national pro bono effort that assists currently incarcerated individuals with their release from jail and a clean record to begin rebuilding their lives for the better.

At Bask, we know how fortunate we are to operate a legal cannabis business. We also know that it’s our responsibility to pay it back to those who laid the groundwork for cannabis and marijuana reform and to those who are still incarcerated for nonviolent cannabis crimes as we continue our efforts with the “Roll It Up for Justice” campaign and other reform initiatives.
Want to learn more about helping with the Last Prisoner Project? Check out their website to read more about how you can take action.